Apart from being President Commissioner, he also acts as an Independent Commissioner of PT Sequis Aset Manajemen. Santoso owns extensive experience in financial industry particularly in securities sector and stock exchange underwriter since 1990. Currently, he also serves the position as Financial Director of PT Trisula Insan Tiara and Commissioner in several companies. He holds Bachelor Degree in Mechanical Engineering from University of Atma Jaya – Jakarta and Master of Business Administration from University of Miami, USA and holds WMI No. KEP-48/PM-PI/1994 and WPEE No. KEP–037/PM/IP/PEE/1994 license.

Hario Soeprobo (Hario), commissioner and member of the Investment Committee of PT. Sequis Aset Manajemen. Hario obtained his Bachelor of Economics degree from the Faculty of Economics, University of Indonesia and started his career as an Account Officer at Bank Niaga with his last position as Investment Banking Group Head. In 1990, Hario was appointed as Director of Niaga Securities before being subsequently appointed as General Manager, Bank Niaga - Los Angeles Agency. In 1995, Hario served as Commissioner at PT. Bank PDFCI and became President Commissioner in 1998 at the same institution. In addition, Hario served as President Director at PT. Bahana TCW Investment Management and also the Managing Director of PT. Bahana Business Development Indonesia from 1995 to 2003, prior to serving as President Director of PT. First State Investment Indonesia from 2003 to 2017. Currently Hario is the Managing Director of PT. Medco Daya Abadi Lestari.

His career started as IT Manager at PT. Bank Danamon Indonesia. He once held a Commissioner position at PT. Indopacific Cemerlang, an Information Technology Company in 2000, the same year when he returned to financial sector by becoming Commissioner at PT NISP Sekuritas, and in 2001 he was assigned to President Director in the same company. In 2012 he was assigned as President Director of PT NISP Aset Management which then became PT Aberdeen Asset Management, before he joined PT Sequis Aset Manajemen in 2018 as President Director. He holds Bachelor of Science from San Fransisco State University and WMI No. No.KEP-28/PM/WMI/2003; WPEE No.KEP-73/PM/IP/PEE/2001 and WPPE No.KEP-599/PM/IP/PPE/2000 license.

Before he serves as Director of PT Sequis Aset Manajemen, his previous position was Senior Vice President Investment Advisor at PT Asuransi Jiwa Sequis Life and prior to that was Director at PT UOB Kay Hian Securities. He was once held senior management roles at PT Kresna Graha Sekurindo Tbk, PT DBS Vickers Securities, and PT Trimegah Securities Tbk. He holds Bachelor & Master of Commerce from University of Canterbury, New Zealand and holds WMI OJK No. KEP-101/PM.211/WMI/2015 and WPPE No. KEP-118/PM/IP/PPE/2000 license.

Before assigned as Director of PT Sequis Aset Manajemen, he was the Head of Investment Department at PT Asuransi Jiwa Sequis Life and prior to that he was as a Financial Analyst at PT Gunung Sewu Kencana. He holds Bachelor of Administration in Finance and Banking from University of Wisconsin at Madison, USA and Master of Applied Finance from University of Melbourne, Australia. He holds WMI No. KEP-112/PM.211/WMI/2015 license. 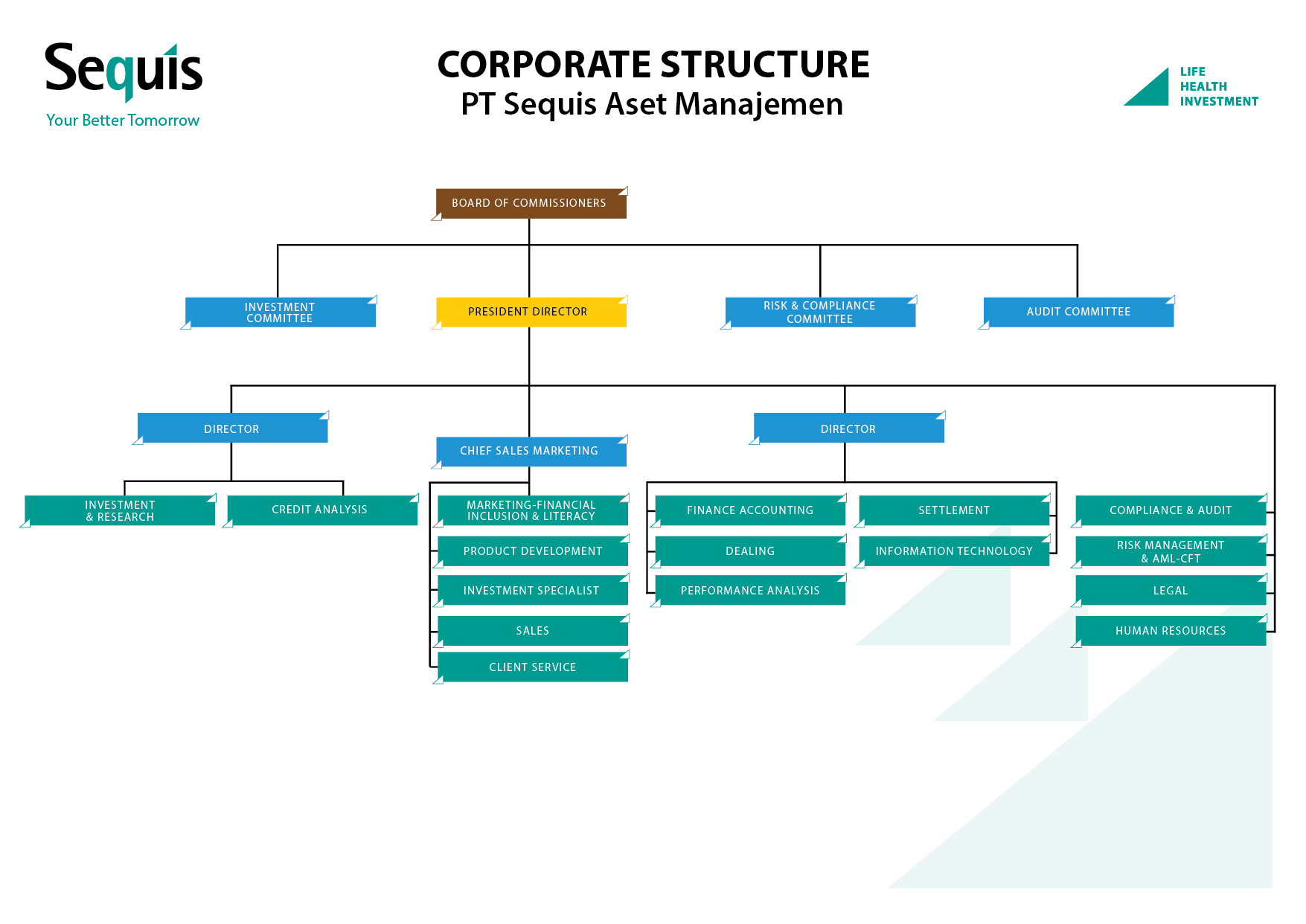 What is your interest? Let us know by registering here, right now!